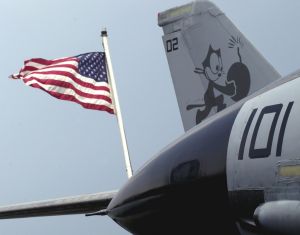 "The F-14 Tomcat continues to be a premier long-range strike-fighter as evidenced by its superb performance in Operation Allied Force and the strikes in Operation Southern Watch.

While the Navy provided only eight percent of the total dedicated aircraft in Operation Allied Force, the Navy was credited with 30 percent of the validated kills against fielded forces in Kosovo as a result of the superb performance of the Tomcat in the Forward Air Controller (Airborne) (FAC(A)) role. Another revolutionary feature of the Tomcat is the recent Low-Altitude Navigation and Targeting InfraRed at Night (LANTIRN) system software update that enables the Tomcat to acquire mensurated target coordinates that are accurate enough for GPS weapons, which is unique to the Tomcat. The Tomcat's "Roadmap for the Future"—a plan to incorporate significant performance improvements during the next four years, including through-the-weather precision strike capability—makes it the platform of choice for all-weather, day or night, deep strike." [U.S. Navy statement, 2000]

"Even with the arrival of the F/A-18E Super Hornet in the force, the F-14 remains 'the platform of choice for precision targeting'. It has longer range than the Super Hornet, and the LANTIRN targeting pod is superior to the Nite Hawk the F/A-18Es carry" [CAPT Scott Swift, deputy commander CVW-41, 2003]

This links will take you to the HOME OF M..A.T.S. F-14 Reference Work and give you a detailed look at the Tomcat history: 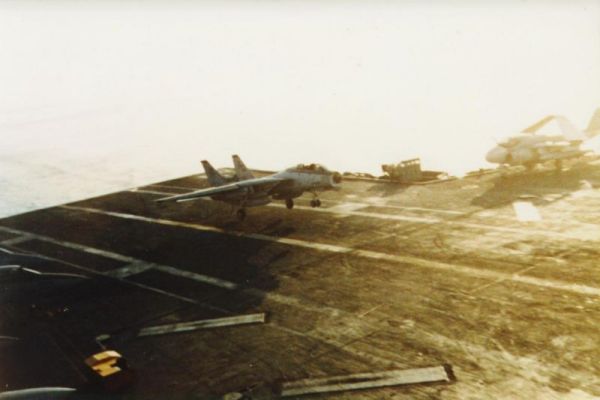