I'm sending you this email to keep you up to speed with what's going on with the Association that you have so generously supported. First, the Board of Directors of the F-14 Tomcat Monument Association is pleased to announce a change in corporate governance effective 1 June 2021.

As you know, we've had two successful monument installations - one in the Naval Aviation Monument Park at the boardwalk on Virginia Beach, VA, and the second at the National Naval Aviation Museum aboard NAS Pensacola, FL. The next focus is an installation in a San Diego location, where the iconic aircraft began it's long and historic naval service.

The Virginia Beach and Pensacola sites were both fairly easy to identify and to construct. However, the long pole in the tent for the San Diego Monument has been selection of an appropriate site. Several potential locations have been examined with their own pro's and con's, but it has been challenging for us to work long distance through the various governing bodies in that region. After long deliberations, we decided that the F-14 Tomcat Monument Association would best be served by passing leadership to those who reside in San Diego. We wanted to make sure the project would be in the hands of highly capable and motivated Tomcat guys who have more knowledge of the local regulatory and political landscape.

Second, due to Virginia Beach COVID restrictions, we unfortunately have had to again re-schedule the Dedication Ceremony for the Virginia Beach monument. We're working with the City to finalize a date in mid-September 2021, hopefully to coincide with the NAS Oceana Airshow, and will keep you informed.
Thanks again for your support for this noble endeavor honoring the thousands of personnel involved in the design, operation, and maintenance of the Tomcat, and memorializing those F-14 aviators who lost their lives serving our country.

NAS Oceana (Virginia Beach, VA) is home to the Tomcat Sunset Monument.   Many F-14 Tomcat Association members have asked about purchasing a commemerative engraved brick.  These bricks are placed at/around the base of the monument (photos of the bricks at the monument site are shown below).

The bricks are still available!  The order form can be found at the Tidewater ANA chapter web site: 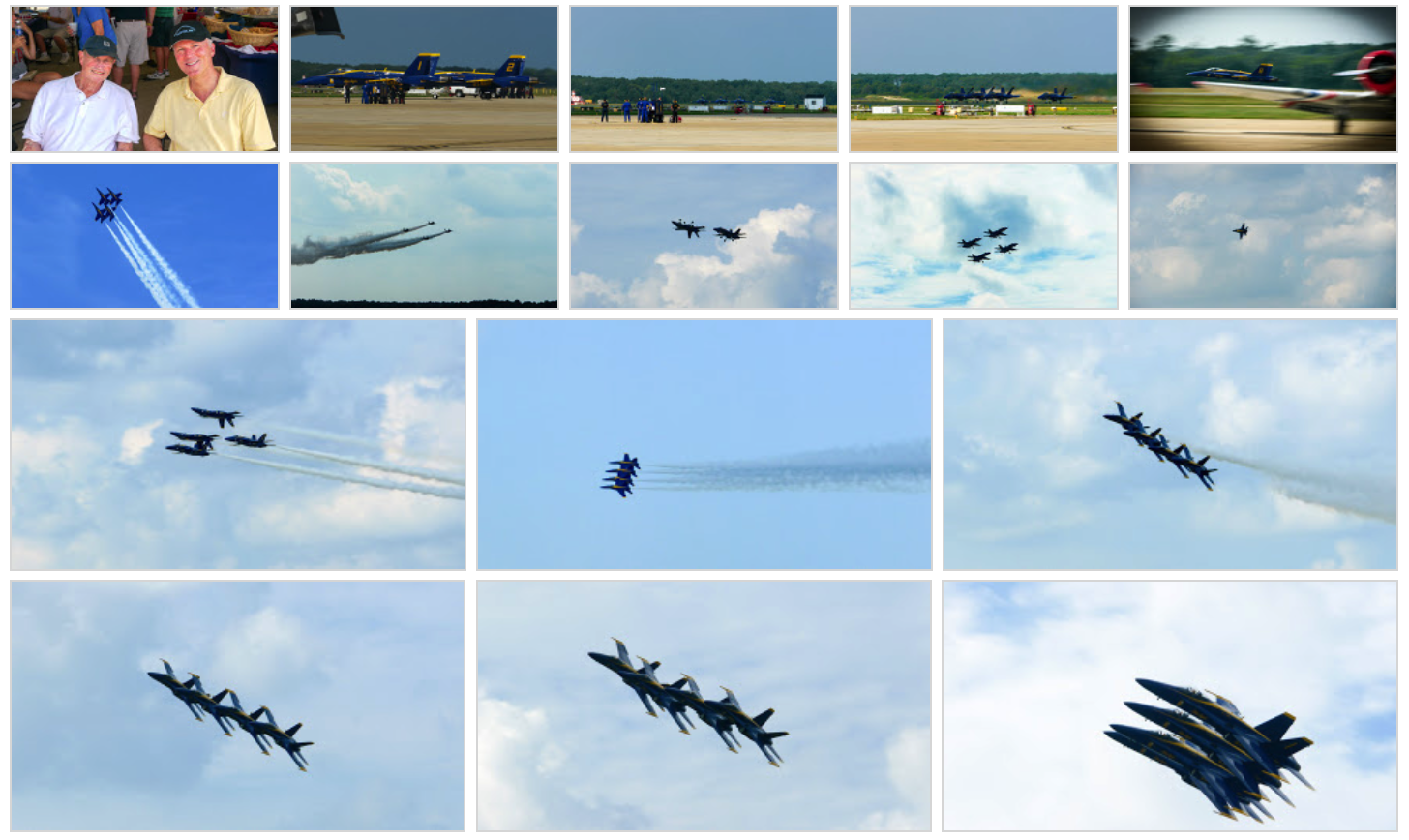 We are excited to announce the availablity of nose gear braces for F-14 Tomcats on display.  As time goes by, many display F-14 aircraft are 'in the kneel' due to gradually decreasing pressure in the nose gear strut.   These braces will keep the F-14 nose at its default elevation.

There are two styles of nose gear brace:

1.  The Rockies-Style nose gear brace is provided free of charge to museums with Tomcats on display (we only ask the museums to cover the actual cost of shipping the brace).

2.  The Grumman-Style nose gear brace is a replica of the nose gear brace originally designed by Grumman.   Our replica Grumman-style brace can be purchased for $200.00 (which includes materials, fabrication, and shipping). 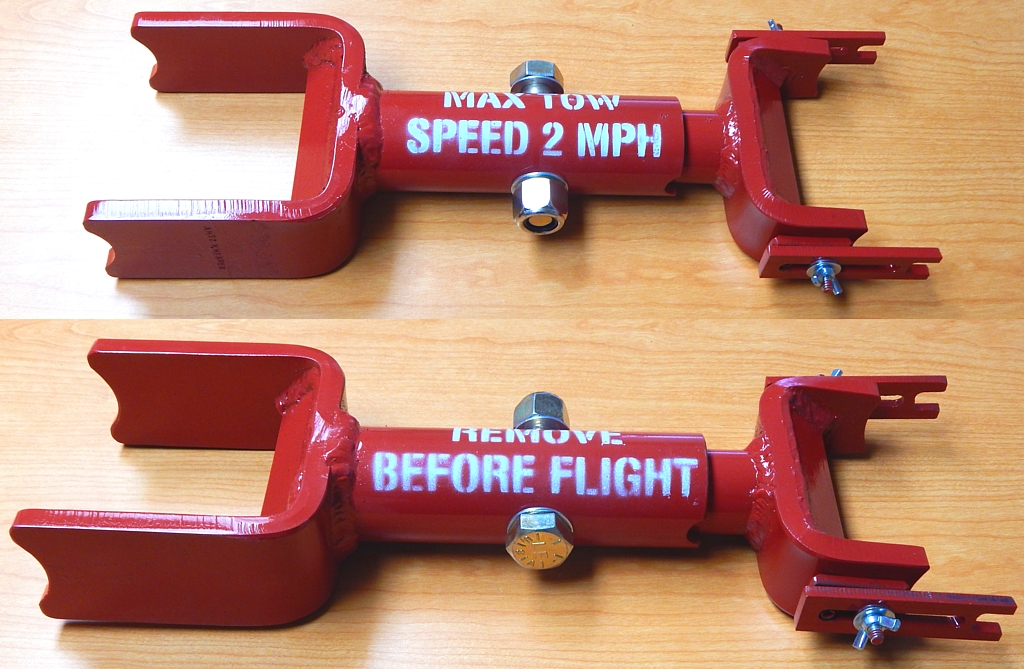 The F-14 Tomcat Association is proud to provide this assistance to museums who maintain F-14 static displays.   Please send an email to This email address is being protected from spambots. You need JavaScript enabled to view it. for more information or to request a nose gear brace.   Please allow some time for the nose gear brace to be fabricated (they are produced 'on-demand').    Tomcats Forever!

Here are the 2015 Reunion Photos 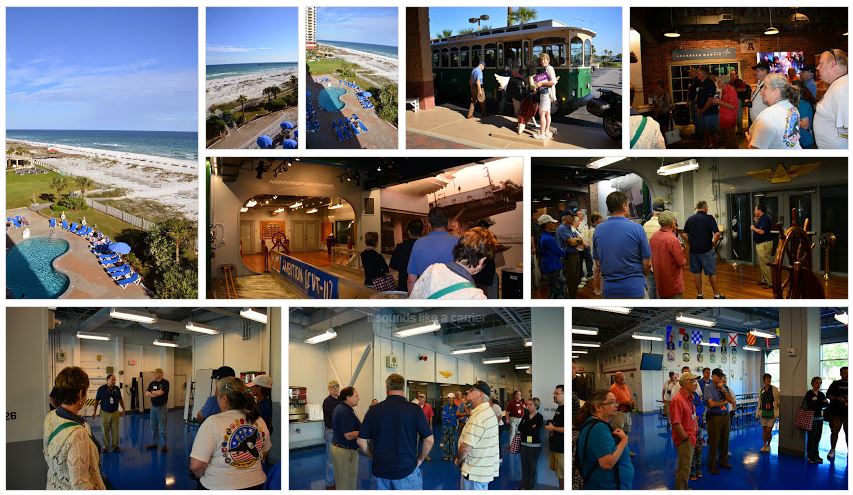 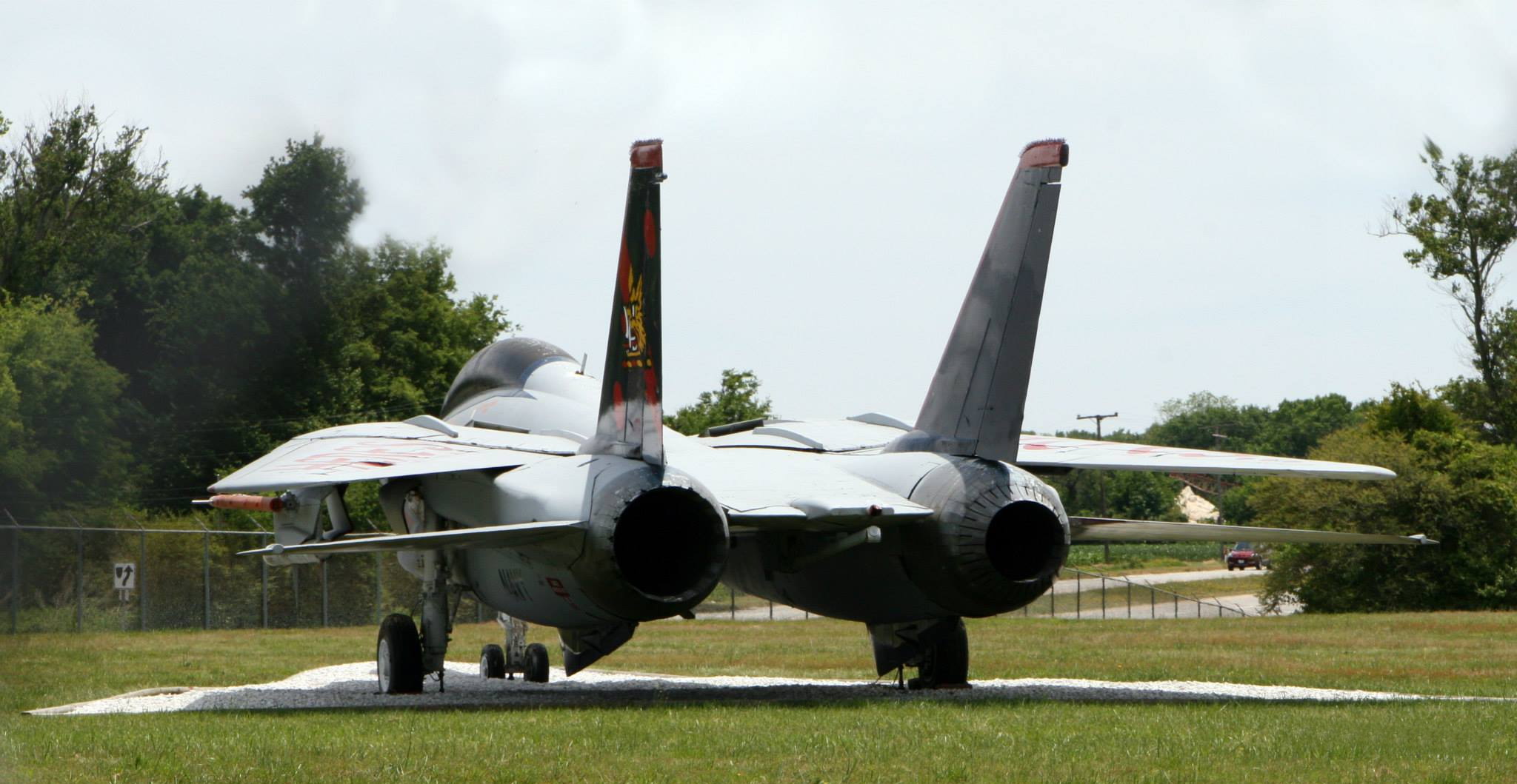 The day I shot myself down

by Pete Purvis
This article was first published in Flight Journal magazine in April 2001. With kind permission of the author.

"Hey, I'd like you to meet the guy who shot hi